Complete Analysis and Review of CET Exam 2020: Is It Great News for students?

One great news that comes after a long year pertaining to job recruitment is that the Union Cabinet has decided to set up a National Recruitment Agency (NRA).

NRA will be set up to conduct exams for jobs. Union Cabinet is chaired by our PM Narendra Modi. CET Exam is a great initiative of the Government.

In India, every year for about 1.28 lakhs jobs is announced for which 3 crore students apply. After any recruitment exam for those vacancies, the biggest problem is the declaration of results.

These exams are conducted by different agencies like the Railway recruitment board, SSC, IBPS, UPSC, and state agencies.

The irony is that even after having exams students are waiting years for the result. Especially for the exams conducted by state agencies, this is a prime problem. No one knows when these results will be declared.

SSC conducts exams like CGL, CHSL, MTS and the problem is their result declaration. The results of these exams have been deferring for years. SSC CGL is the most important exam conducted by the staff selection commission.

SSC CGL 2017 recruitment procedure is still incomplete. It is a travesty of India that in 2020, the result of UPPSC 2013 vacancies has come. Students have become desperate because of it.

Students fight tooth and nail for these exams and what they get in the end is a never-ending wait for results.

It is really a sobering matter on which finally the government has taken a decision. It indeed is a splendid decision for students who are sick and tired of this recruitment system.

In this unprecedented time of corona where students are fretting about their career, many recruitment exams have canceled and many government bodies declared that vacancies will not open for at least 2 years.

RRB has already declared that there will be no vacancies for the next 2 years due to inadequate liquidity.

50 million people have lost their jobs in this debacle time. Same to Railway recruitment exams,  there are many vacancies that are still searching for light in a day.

Exams conducted by the Staff selection commission of India have been delaying various exam results like SSC CGL, CHSL. Students are still waiting for the conduction of RRB NTPC.

Railway has notified for RRB NTPC exam in march 2019 but it hasn’t conducted in 2020. Its a travesty of the Indian recruitment system. students are preparing for exams with all dedication and hard work but what they get at the end wait for exam results.

Students are exasperating because of this deferment system. I think this would be marvelous and relieving news for aspiring candidates. 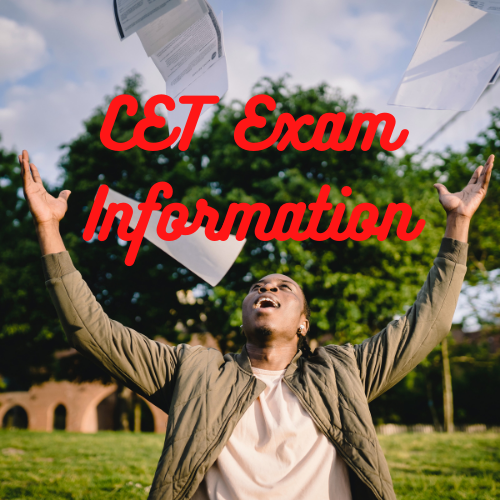 1. National Recruitment agency is constituted to conduct preliminary common entrance tests for group B and C non-technical posts. Recruitment on these posts is conducted by SSC, RRB, and IBPS.

2. NRA will conduct preliminary exams for the screening of students for group B and C non-technical posts. Later, more exams will conduct under it. NRA incorporates representatives from RRB, SSC, and IBPS.

3. NRA is constituted of the National test agency that is responsible for conducting exams in the country. All job recruitment test will be conducted by a single agency, it will reduce the delay time of exam conduction.

1. NRA will conduct a preliminary exam on three-level: Matriculate (10th), Higher Secondary(12th), and graduate level. The common exam will conduct separately for these levels.

This exam is known as the CET exam,i.e common eligibility test. This test is merely for the screening of students for the next stage. After the preliminary test other states will be conducted by respective a recruitment like RRB, SSC, and IBPS.

3. But it should be noted that NRA will conduct only the first stage exam i.e pre-exam while the rest of the stages of job recruitment will be conducted by respective recruiting agencies.

The current year CET scorecard will be best for recruitment. There are no restrictions on the number of attempts, it will be subjected to the upper age limit.

However, relaxation in age limit will be given to students of SC/ST/OBC  candidates as per the extant policy of the government.

The representative of recruitment agencies will present at the Aspirational district centers at the time of exams. Students can contact them if they will face any issue during the exam.

1. The government wants to reduce the burden from poor students who are not capable to pay the fees of every job vacancy. In today’s time, students are appearing in multiple examinations that are conducted by different agencies.

For this students have to pay for registration, traveling,  accommodation, and so on. The prime motive of this exam is to reduce the financial burden of students.

2. In India, there are many vacancies that get stalled after pre exams. These vacancies are searching for light in a day.

Many vacancies have prolonged cycles like SSC CGL have 4 stage cycle which makes it the lengthiest a perennial exam cycle. The single recruitment test will reduce this extravagant period.

3. Some of the departments asserted that they will not conduct any further exams after CET and go with the CET scorecard followed by medical and physical tests.

Every decision has two sides: positive and negative. To review any decision we have to inspect both aspects of the decision. Many students are dubious about this decision. Some students are happy while some feel it is just an ostensible scheme.

Some of the students are resiting this decision by saying it just a paper plan it will not implement in reality. I have talked to so many aspirants of different government examinations.

I got a mixed reaction to this decision. Some of the aspirants feeling ecstatic that exams will conduct at a time and process of result declaration will also detract.

While some of the aspirants are feeling perplexed whether it will be benefited, students. For understanding their response we have to review both the aspects. 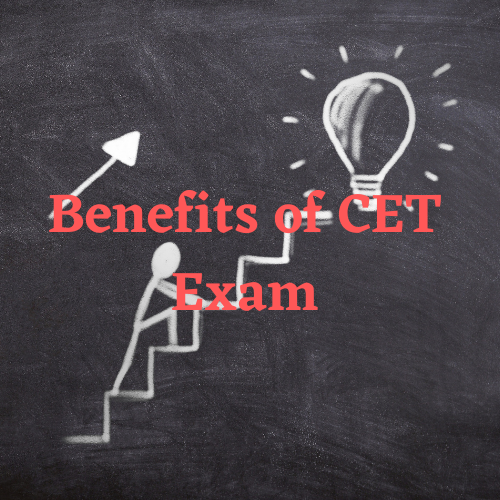 1. CET has a gazillion of benefits. It will definitely make prolonged exam conduction and result declaration process easy.

3. It will ramp up recruitment procedures in various departments. Because of the CET prodigious number of job vacancies will be finalized on time.

In India, this is the biggest problem that there are so many job vacancies that are vacant whereas students are desperate due to the inadequacy of jobs.

4. CET will reduce the financial burden from students as students need not fill various forms for job recruitments.

Students have been spending thousands of rupees on job forms. Think about them as students are unemployed, it creates a financial burden on their parents

5. CET will speedup the declaration of results. Its the irony of our country that you have to wait for years to get a job. students become gloomy in waiting for results as no one knows when will exam result declared.

Some of the students are not happy with this decision. Students said CET Exam is just a superficial policy.

1. CET Exam is a common eligibility test for the preliminary exam. But what about further stages. Will it possible that further stages will get conducted on time?

It’s like same stuff on a new package. The main problem is the completion of the whole process of job recruitment. This policy is only for pre exams but the problem is still the same as it before.

2. CET Exam will be held once in a year. If students are not able to qualify for the CET exam then their whole year will waste. This makes students stark about their future.
3. Students do not have an option except CET. As we all know very few vacancies are released then it will increase competition.

4. CET is valid for 3 years. But each year cutoff would increase then it will make the previous year scorecard useless.

Each year students will pass the exam with different marks so cutoff will also increase with the number of candidates.  I think this will quite unfair for students who qualified for CET Exam in the previous year with minimum cutoff marks.

The union cabinet has approved 1517.57 crores for 3 years for NRA. The money will be spent on NRA and to create of examination centers in Aspirational Districts.

The government has declared already declared to spend 6% of GDP on education in new education policy. The proposed budget will be part of the education budget declared by the government.

The government is planning to spend a large portion of its share on education. It is the need of hours as if we can’t give importance to education then in the future, it will impact India’s economy.

Students are furious and gloomy about their future. Students are pissed off from the job recruitment process as many exams which results haven’t declared yet.

Many educators from an online platform like youtube come forward to exhort the government to conduct the RRB NTPC exam and release pending exam results of SSC and other exams.

It indeed a sobering matter on which the government should look into. Students are the future of the nation but in India, their future seems in gloomy.

Students are urging the government to ponder their plights. Students are preparing for examinations with their complete hard-work and dedication but they haven’t got the opportunity to give an exam. Is it plausible?

Every decision has both sides we have to ponder on both aspects of CET. It is a good decision it will definitely speed up the recruitment process in various departments.

But Governments should make sure that further stages will conduct on time by recruitment agencies. If the idea of CET will be implemented as it drafted then it will surely a boon for students who are assiduously preparing for government jobs.

What are your views on this? Comment and let me know your views.
Also Read:

I know this site presents quality based posts and other
information, is there any other website which presents such data in quality?

Hi! I could have sworn I’ve been to this blog before but after reading through some of the post I realized it’s new to
me. Anyways, I’m definitely glad I found it and I’ll be bookmarking and checking back
often! 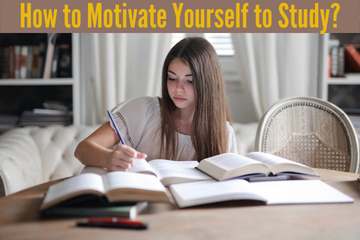 How to Motivate Yourself to Study? 11 Best and Powerful Tips For Motivation

Spread the loveHow to Motivate Yourself to Study In the era of online study where everyone is focusing on online education, students are facing the problem of how to motivate yourself to study. Does it Read more… 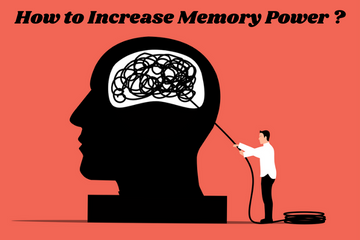 Spread the loveHow to Increase Memory Power Are you facing the problem of memory loss? You forget whatever you learn. Then you are not alone, this is the common problem that every student face. In Read more… 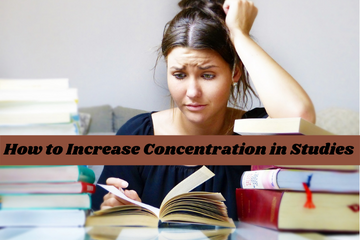 How to Increase Concentration in Studies?12 Best Ways to Improve Your Focus During Exams