Please Activate WooCommerce Plugin First, to use it.

Published by studentliveinfo on May 27, 2022

Last Updated on 8 months by studentliveinfo

The primary objective after graduating is to get a decent and good job where you can make a good living and apply the skills and information you obtained throughout your education. It also encourages you in improving and growing both personally and professionally.

These opportunities are available in both the public and commercial sectors. We’ll look at government occupations in this article. The best government jobs after BTech is the most alluring question among students. 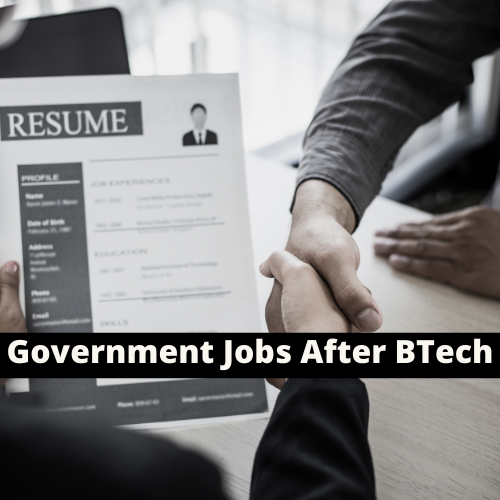 Government jobs in high-ranking positions provide a stable and reliable lifestyle. To acquire a profitable position in the government sector, you must appear for tests administered by numerous government agencies. Here’s a look at some of the greatest government jobs after  BTech.

As we all know, public service positions are among the most competitive and difficult government jobs in India. As a result, you can prepare for a career in the civil service if you are seeking opportunities for BTech students.

Take government job tests such as the IPS, IAS, IES, and IFS. First, study for the UPSC Exam, next apply for the IAS or IPS. The Union Public Service Commission (UPSC) offers an exam for Indian Engineering Services every year, for which B Tech final year students are eligible to apply. Candidates can apply for the UPSC IES Exam through www.upsc.gov.in, the UPSC’s official website.

Top Jobs in the Federal Government:

India is the largest country with a huge population. As a result, the government has established a vast railway system to transport the population throughout the country. Indian Railways maintains the world’s second-largest railway network. This requires a lot of maintenance and a huge amount of money.

Group A, B, C, and D are the four categories in which railway jobs are classified. Group D jobs are clerical in nature, yet they pay well. Assistant loco pilot and other maintenance positions are in Group C. The Union Public Service Commission conducts examinations for categories A and B once a year.

The Civil Service Examination and the Combined Engineering Services Examination are two names for the same exam that offers you the best government jobs after BTech. For their efforts, employees of the Indian Railways receive many privileges and allowances from the government. www.indianrail.gov.in is the official website.

It is a government of India-run institution that employs persons for various subordinate posts across the country. SSC conducts competitive tests for a variety of positions, including SSC Combined Higher Secondary Level Organization, Junior Engineer, Central Police Organization, Scientific Assistant, and others.

SSC is also involved in the management of many organizations at the state level. Certain fields involving applicants’ physical ability are also included in national tests. But first and foremost, one must pass the written exam.

The application forms are available on the SSC website. Candidates should first review the eligibility requirements before applying for the position. https://ssc.nic.in/ is the official website.

India’s Oil and Natural Gas Corporation is known as ONGC. One of the highest-paying government jobs in the country is available at this company. ONGC provides crude oil, natural gas, and other associated products to oil and gas refining countries all over the country. This necessitates a significant amount of manpower.

These jobs are organized according to Indian zones. When vacancies at ONGC become available, candidates must register and complete the relevant forms online. The terms and conditions are listed in the job postings, and you should read them before applying.

Graduate students who wish to create a career and utilize their skills and expertise in a collaborative, dynamic, and modern workplace can find intriguing job options with the company.

Employees and executives of ONGC can be transferred to any of the company’s assets in India or even abroad. This would be spelled forth in the contract’s terms and conditions. www.ongcindia.com is the official website.

The Indian Army is the world’s second-largest force. The Indian army recruits people for numerous positions in order to maintain such a vast facility and system. There are also a few openings for engineering grads. Civil, Mechanical, Electrical and Electronics, Aeronautical, Electronics and Communication, and Computer Science and Technology are the engineering streams with the most positions in the army. This is among the most preferable government jobs after BTech.

Shortlisting of applicants occurs first, followed by an interview, and then stage I and II selections, which involve a physical fitness test. Candidates who meet the eligibility requirements must apply online through the Indian Army website.

The jobs available here come with a competitive wage package that includes a variety of benefits. Depending on the circumstances, the assignment could be in any area of the country. www.joinindianarmy.nic.in is the official website of the Indian Army.

ISRO The Indian Space Research Organisation (ISRO) is the country’s space agency. With its headquarters in Bengaluru, it is a pioneering organization that performs space research. ISRO has had great success with its many space initiatives, producing significant achievements. This organization seeks out exceptional students from across the country.

ISRO offers a variety of jobs after B.Tech, including Junior Personal Assistants and Stenographers, Civil and Electrical Engineers, Semiconductor Controllers, Experts in Mechanical and Computer Sciences, Rocket Engineering, and so on. Before becoming full-time employees, recruited experts are trained. These are the most reputed government jobs after BTech.

Following the submission of their application forms, prospective candidates must take a written skill exam. Following that, candidates are invited in for an interview after passing another written test. ISRO has just announced more intriguing future projects that will necessitate additional people. They are looking for those who have earned a bachelor’s degree in engineering. www.isro.gov.in is the official website.

Defense Research and Development Organization (DRDO) is an acronym for Defense Research and Development Organization. It aims to improve defense system self-reliance and designs and conducts research to expand the manufacture of world-class military systems and equipment. Aeronautics, weaponry, electronics for communication, instrumentation engineering systems, sophisticated computing, and other fields of military technology are among the areas in which DRDO works.

It is linked to the role of infrastructure development and the creation of high-quality people with a strong technological foundation. It has an active training and development policy that is carried out through a variety of programs. Individuals who are newly recruited must complete training programs and are only hired as full-time employees after passing these programs.

Separate research committees have been established to conduct studies in various sectors. Individuals who work with DRDO are trained in such a way that they will be in charge of technological advances that will benefit combat multipliers in the near and long term. They will also be able to connect ideas and experiences from the military and other related sectors in order to contribute more to armaments technology. www.drdo.gov.in is the official website. 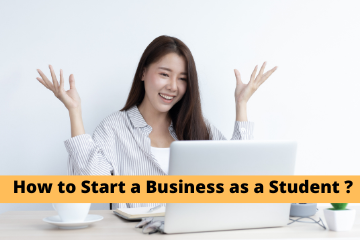 How to Start a Business as a Student? 8 Best and High Profit Business Ideas

Spread the loveHow to Start a Business as a Student? The management of a profitable company enterprise is not a task for amateurs, but it also is not influenced by demographic characteristics such as age Read more… 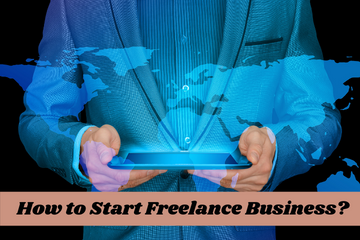 How to Start Freelance Business in 2022? Earn in Lakhs During COVID : Most Popular Career Option for Students

Spread the loveHow to Start Freelance Business in 2022? Freelancing is getting popular among students during COVID time. There are multiple perks of being a freelancer which fascinate students towards this field such as having Read more… 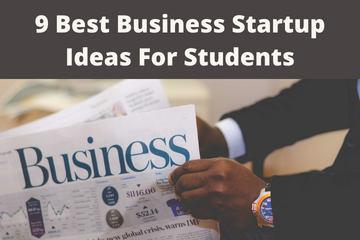 9 Best Business Startup Ideas For Students in 2022 without Investment

Spread the loveBusiness Startup Ideas For Students Have you ever dream about starting your own business? Most of the students have dream to start their own business. This is overrated that doing business for students Read more…